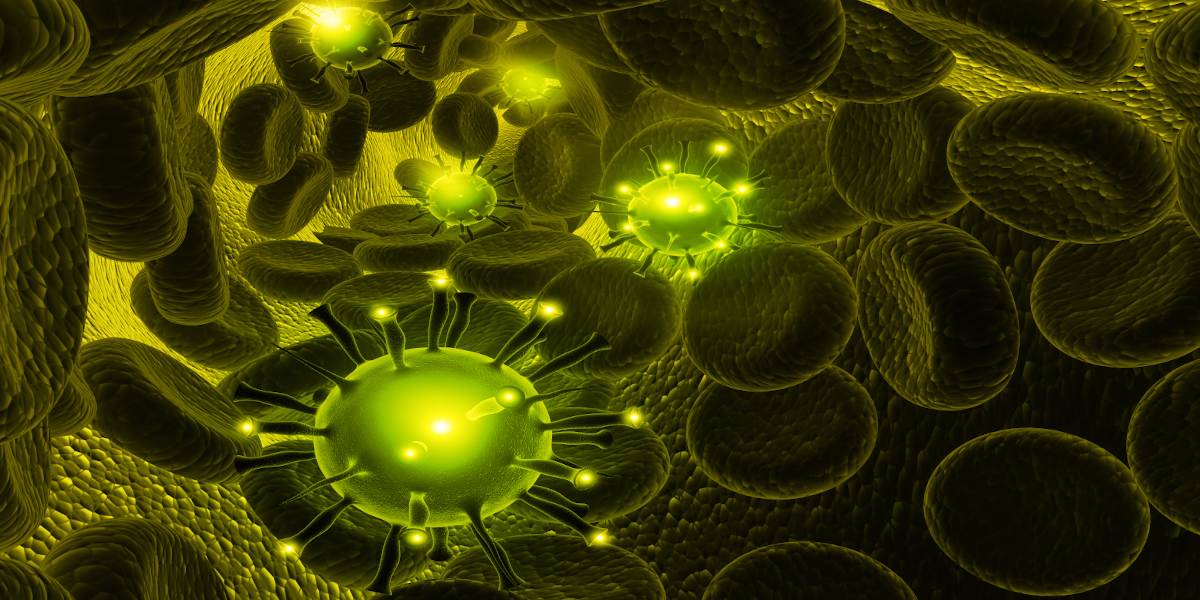 The message broke my usually calm, businesslike demeanor. Delayed, again! Parts arrived slowly from mainland China due to the virus outbreak, putting ships behind schedule. The Blue Chip remained among them and until the coronavirus situation was resolved, and fat little a goddess of good fortune could do about that, all ships remained docked in China. Any company I worked with received good luck; that much was given. The good fortune spread to the workers, and usually their suppliers. I sensed something else had happened, a malevolence to this that couldn’t be explained. I didn’t know and frankly was feeling less and less inclined to check it out.

I unfastened the plastic clip holding my hair back. The brown strands settled around my shoulders, and I finger-combed them, before pulling them back in a twist and flipping them back into the clip once more. A nervous gesture, one that made me rise to my feet and go to the glass windows overlooking the gaming floor. I paced back and forth wondering just how badly the Blue Chip could be delayed and how it’d impact my summer season.

The virtual stack of applications filled my inbox. So many young mortals happy to take a job in the Bahamas, as if working at a casino would only be fun and games. I’d done a cursory check of social media, breezed through the answers to the essay questions I’d asked. Some had already gotten thank you for your time letters, while others I wanted to interview in more depth, and I knew I couldn’t do it in this state of mind. I also knew I didn’t have time. I slipped my feet into my sandals. A walk would clear my mind–I hoped.

Except, I knew I fooled myself. The short jaunt in the elevator, a nod to my staff as I went outside to the gardens, all of it appeared normal. I strolled to my gazebo, pausing to make sure the koi were fed, then went to the urn on the beach. I tossed in a lost gold earring that had sat in “Recovered Items” for more than ninety days, a small clam shell that ought to be enough to sate the ghosts’ hunger for a while.

An apparition rose out of the water. I recognized him and my heart tightened with longing and remembrance. “Laddie,” I whispered. “I thought…”

He glided across the water, the slight green glow around him obvious. He stopped on the beach and knelt by the urn, then laid his skeletal hand on mine.

Warmth flowed through my skin. Dead a hundred years, a thousand, even more, it wouldn’t matter because he was my Laddie, and I longed for him still. I appreciated the fact that my consort had never been the jealous type.

“Ill winds are blowing, Lady Luck,” he said. “Be careful.”

“I know,” I whispered and cupped the bones of his cheek. Had he any skin, my thumb might have brushed across his lip. “I don’t know what to do.”

“You’re falling into their trap. Don’t do it.” He stood.

I let my hand fall to my side. “Whose? The Titans? I took care of Iapetus and I’m keeping a close eye on them, but so far Par Impar is safe. The other Gods? Something isn’t right, but I can’t tell what.”

“Is Par Impar safe?” Laddie closed his skeletal hand. A flash of green light erupted from it like a strobe. He opened his hand and four small golden discs fell to the sand. “Use these. I fear if you don’t what might happen, lass.”

The gold glittering in the sand sent chills down my spine. I knew what they were, had seen them a few times before, including around some shrines. I scooped them up in my hand. “Laddie, where did you get these?”

“The sea holds many treasures and I need to return. Be careful, Lady Luck. The daggers are already pointing at you.” Before I could reply, he walked backwards, disappearing into the sea once more.

I dropped to my knees in the soft sand, the sense of loss hitting me more powerfully than I’d expect. Laddie’d been dead for centuries, and yet, he came to me with a warning–why? And did this have anything to do with the delays on my ship? Minerva remained on vacation, though she reassured me she’d return, and I knew she was more than capable of taking over.

I let the tears fall. They hit the sand, soaking immediately into the dry grains. The call of a seabird and the steady roll of the waves filled the air with sounds that ought to have relaxed me. I heard guests having fun on the patios. The waves crashed over the sound of my sobs and I wrapped my arms around myself as if to ward off the pain. I knew what I had to do. I lifted my gaze across the ocean and there on the horizon I saw it–Rota. The mystical isle that only appeared to those who needed it. Or were called.

I swallowed hard and stood. I’d put this off for too long. Scooping up the coins in my hand, I relished the burn as their warding powers affected even me. Long strides carried me to my villa. I wrapped them in a soft towel, making it easy for me to carry them. I set them down long enough to change into a comfortable outfit and my hiking sandals. Then, I went to a mirror in my bedroom. I reached behind it, the snick of the latch loud in the silent room, and opened the mirror to reveal a hidden compartment. The golden cornucopia, something I’d put away as soon as I’d returned from Greece. I reached inside and with a thought four rotten pomegranate seeds filled my palm. I gently closed my fingers so I wouldn’t drop them, the overripe aroma rotting and bold. The citizens of Troy had once cursed my name, cursed the lack of favor that these seeds had bestowed. Let the legends tell the story as they do, because not all is revealed within books.

With my free hand, I closed the mirror and the latch caught again.

I’d seen Rota. I had work to do. I put on oversized sunglasses. Let the guests think I was just another tourist if they saw me.

I held the seeds in my hand as I gathered the towel wrapped coins in my other. I followed the trail to the farthest corner of the island. There, just past the shore line in a wild part of the coast where no one except Gaia’s creations tread, I stopped and knelt in the sand. Without dropping the seeds, I set the towel on the ground, then dug a shallow hole with my hand. It’d remain undisturbed or undetected.

When the hole was deep enough, I opened the towel. I picked up one coin, letting the warmth of its magic seep into my skin. Forget the witches and their three times three. I knew the true power lay in four, because there were four directions and four primary elements.

I dropped the coin in the hole. I added the pomegranate seed. A hissing noise filled the air as the seed melted and seeped into the coin, leaving only the hard kernel behind.

“All their luck and good fortune ever gained,

But let no more flow to them true,
And what they have through their fingers flew.”

I closed my eyes and flattened my palm on the ground. “Let Par Impar and all that I hold be forever barred to the gods. Without my permission, they will not be welcome in my abode.”

A clap like thunder rang in the air. It was done.

I picked up the towel and stood. I had work to do. Important work that couldn’t be interrupted by their childish games. My sister was right. This reverse Robin Hood thing was getting old, and only helping mortals made them believe that they made their own luck. They did little more than turn around and hurt others with it. I strode to the next corner of the island, and the next, not caring that the sun went down below the horizon for the moon was bright enough for me to see. At every corner I repeated the chant. One coin. One rotten seed. One spell.

I finished and didn’t even pause at my villa for a shower or change of clothes. Sand clung to my knees. Sweat plastered my hair to my face. I went to my office, wrote a note for Minerva’s assistant, and then sent instructions for all my department heads. I also provided descriptions and names of all the deities to my security and hospitality teams, stating they were to be added to the denied guests list. I told them I’d been called away on business, just not any related to Par Impar and I omitted that from my missive. Please continue on as we planned. I expected to check in before the quarter ended and Minerva would be back in two weeks. The place would stand until her return.

I left a promotion for Minerva, advised that while she was still welcome to fly to Greece and work on our world operations, she was more than happy to. However, if she wouldn’t mind staying and taking over Par Impar’s operations, I’d make it worth her while and had listed a salary and benefits package that would have made any Fortune 500 CEO piss their pants with delight. She’d stay and Par Impar would be in good hands. The Aegean boat would be warded by my actions, and I left Minerva directions to sell it or perhaps make a lucrative buyout offer if she wanted to start out on her own. I’d give her a good deal.

I went to my villa, set the automatic feeder for my fish. I went to the bathroom to freshen up. I stared into the mirror. My hair disheveled, dirt smudging my cheeks, I looked less like a goddess and more like a beach bum. But I’d been called, and as I suspected a boat came toward my private cove.

I smiled at the sight of the dark-skinned man behind the wheel. Rota’s visage rose from the water again, shimmering, hauntingly beautiful. It was time. I waited until he docked, then stepped out to him.

“Hello, Lady Luck,” he said. “It’s a pleasure to have you aboard once more.”

He laughed. “What’s a hundred years or so between friends?” Quickly, he sobered. “The Ladies are waiting. You’re tardy.”