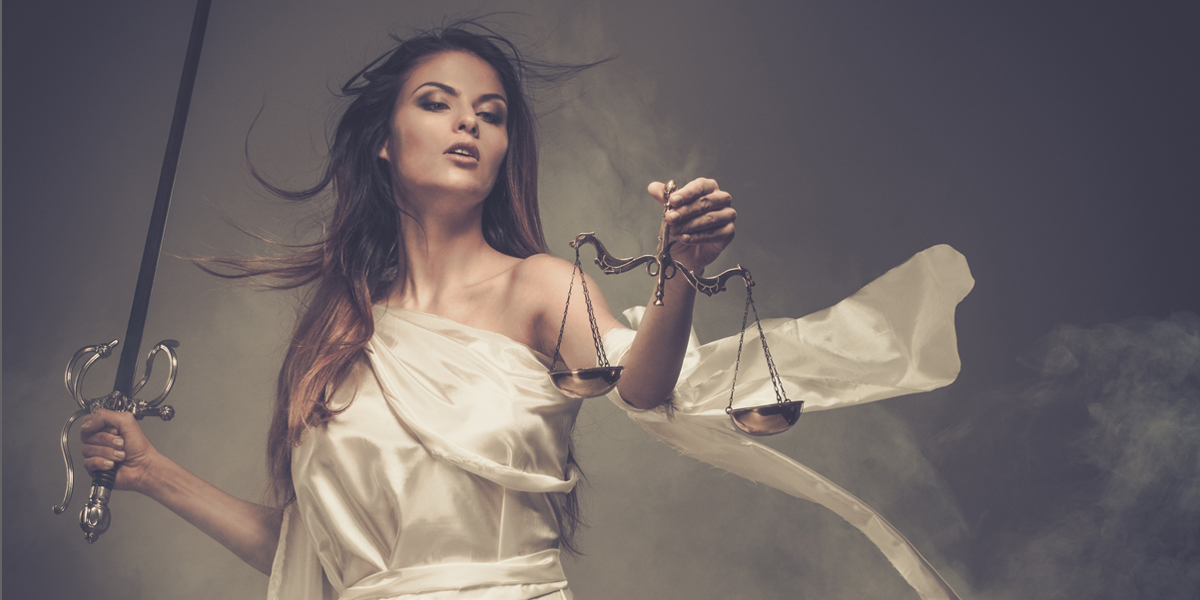 Nothing but the swaying leaves answered, and I felt rather silly. Maybe all this talk of Kairos and the coming battle startled me. For a moment I wondered if it might be Laddie, come back to catch a glimpse of me. The romantic sap would do that, except I’d explicitly warned him against showing any connection to Par Impar. As much as it hurt my heart, he needed to stay away for everyone’s safety, but most of all his.

I breathed deeply, inhaling the salt in the air and the lush green vegetation. This was my home, my domain. Though it was far removed from Greece and my original worshipers there, I’d made this my sanctuary. I trusted my powers. No one whom I didn’t want here would be here. I stepped forward again.

A shape moved in the trees.

I stopped, my heart in my throat. Someone was here, living within my boundaries and yet unknown to me.

The man straightened, his long, shaggy hair flowing over his shoulders. A smile lit his face, and this time my heart beat for a completely different reason. He moved out of the greenery onto the path.

“Aggie?” My voice caught. Emotion nearly choked off the words, as if I couldn’t believe my own eyes. I hadn’t seen my love in a while and hadn’t known when I’d see him again. And yet, here he was, standing on my island. “Aggie?” This time joy, relief, wonder, and a soul-deep thankfulness that my consort would be by my side during this difficult time. My pace increased, my feet stumbling over themselves as I ran to him.

He said nothing, and closer I saw stress lines bracketing his eyes and the tight corners of his luscious lips, despite his joy at seeing me. He opened his arms, and I ran into them, burying my face against the sweaty, bare skin of his chest. His strong arms wrapped around me, and I sighed with relief. Finally, I was home once more.

His big hands rubbed my back and we stood there, two beings once worshiped by thousands now left adrift as our followers died out and moved on. He said nothing. He didn’t have to. If he came here, lived in silence like this, then he was hiding. From me? From someone else, I didn’t know.

“How long have you been here?” I finally asked, then stepped back so I could cup his cheek.

“A few weeks now.” He touched my forehead, drew his finger down my nose, then titled my chin so my gaze met his. “I need to ask a favor, my love. I need sanctuary.”

“Sanctuary?” I swallowed hard. “Of course. Granted. You made it past my wards. But why?”

His jaw tensed, then relaxed. “I fear I may have made a terrible mistake, my love.”

I smiled at him because even though he’d been living here, the fact that he was here showed my hypothesis was sound. “Maybe so, and we’ll deal with it together. However, you have proved that what Minerva and I have been speaking about was right. Walk with me. I was here to check something. Then return to my villa.” I twined my fingers with his and squeezed his hand.

“I always walk with you, my love.”

And I knew then, the way he kept saying “my love” as if to remind me that we were consorts, lovers in every sense of the word, that whatever it was he’d done, it wasn’t good, and it would put Par Impar in danger.

We returned to my villa, choosing to go inside because Aggie didn’t want to be outside in the gazebo. I promised my koi I’d visit them later, then placed an order to have some food delivered from the kitchens. Aggie sat on the rattan loveseat where I often read in the evenings. I took a place beside him, wrapping my arm around him and pulling him to me. When he laid his head on my shoulder without a word, just clung to me as if I were his last stronghold on earth, I knew it was bad.

“Talk to me, Aggie. What happened?”

His two words rocked my soul. Truth radiated from them. Yeah, it had begun, and I had hoped to hear something otherwise even though I knew it’d be futile to hope. “Yeah, it has,” I agreed.

“I was in Yemen. The hunger and famine. It’s a hard area to grow crops in, but they were trying, damn it. A group of refugees, I don’t know how they did it, but they’d managed to keep a small plot going. I blessed it, made it fertile as I could with my powers. I begged. For the love of Olympus, I’d begged someone to help. To intervene, but they chose not to. In Myanmar, people were starving. Dying, and all my pleas fell on deaf ears. I couldn’t take it anymore, my love. I couldn’t watch these people die, not when we have the power to fix it. Then they came.” He stopped and drew a shuddering breath.

I waited. Whatever had happened bothered him deeply.

“Ares. Kairos. Thanatos. They stood there, watched the battle rage on and watched those people die with glee on their faces. They rejoiced in the death and the heartbreak. I had my scythe, my tools of growing and reaping. I threw it. And I hit Thanatos on the arm. Just a scratch, but it is done. I drew blood against an Olympian, and I fear that they’ll all be coming for me and anyone who shelters me.” He shifted, cupping my cheek and drawing my face to his so our foreheads touched. “I never wanted to bring this upon you, my love. But it had to be done. They can’t be allowed to do this, to bring this ruin upon us all. Now I know that’s why Rota called. It hurt me when you left at Christmas. But now, I wonder why you’re here and not in Rota.” He kissed me, hot and hungry, his mouth moving over mine as if to drink in my very essence.

I answered his passion with my own, my fingers tangling in his hair and holding him to me. My eyes stung with tears. For him. For Laddie. For all of us who would be thrust into the middle of this damnable war. When we parted, we both breathed heavily.

“You did as you were called. There’s no shame in honoring your principles,” I told him. “You have sanctuary. Stay here. I am expecting guests, a lot of them.” I told him then of my plans, for the goddesses of justice, for the ambassadors, for all of it. Because damn it, if we were going to war, I wanted the best damn army I could have.

“Is that why you’re here?” my love asked.

I nodded. “Rota and I have a bargain, of sorts.” I brushed his hair behind his ear and caressed his thoroughly kissed lips with my finger. “You won’t like it. But it’s why I’m here. We’re setting up sanctuary. A place in this world from where we can work. Like the Vatican of our world. Neutral ground. Other than my staff, there will be few true humans here. That wasn’t in my plans, and it’s not something I relish, but it’s going to have to be this way for a while.” I turned. “Shall we finish what I came here to do?”

“Check the dock. Make sure it’s in good repair.”

I smiled, because I appreciated his looking at it, but also, I expected fellow deities to arrive by that route. Some might fly in to Nassau and take a car here. Others, I felt sure, would prefer to arrive under their own steam. “I want to see. Besides, it’ll be nice to walk with you. I can send someone to gather your things.”

“Thank you,” he said and squeezed my hand. “Then let’s walk.”

He grew quiet, as if contemplating the ramifications of what he had done. We strode to the dock, where I saw it was in good repair. A small boat had been hauled to shore, and I wondered just how far he’d sailed in that. The waters off the coast could be choppy, and on this side of the island, land wasn’t close. I released him and walked to the dock. It felt sturdy beneath my feet, though we’d probably have to dive to make sure.

As I turned, Aggie pointed out to sea. “Look,” he said.

I followed the line he pointed to see a yacht, a rather expensive one, coming towards us. Closing my eyes, I checked the wards. They sounded no alarms. Then these were expected guests, and with Aggie standing beside me, having confessed to his actions, I feared for his safety.

“Justice is coming,” I said.

“Justice?” He turned to me.

“Not for you, my love.” I cupped his cheek and hoped I spoke truth. “The goddess of justice, Iustitia. We need someone to sit in tribunal here and render judgment on Kairos’ agents. I’ll fill you in once we get back to my villa.” I smoothed a hand over my shirt. “I’m not dressed for such royal guests. It will have to do, I’m sure.”

Aggie’s laugh pulled me from my thoughts. “I’m dressed worse than you. I’m sure they’ll understand. They didn’t announce their arrival, did they?”

I wondered at his use of the plural, then realized three figures stood on the deck. Justitia and Prudentia accompanied Iustitia. The three of them. It would be a grand tribunal, indeed. Our accommodations would hold. This was just the beginning.

Their ship arrived, reaching the dock. Iustitia stepped out first, wearing a white bathing suit with a linen shirt and a skirt made of white and pearl linen panels that swayed as she walked. She had rubber soled, thick sandals. Nothing strappy or sexy for the Goddess of Justice. Justitia emerged wearing almost the exact same outfit, except her panels were white and gray. Prudentia had shorts and a short-sleeve shirt, a wide-brimmed hat shading her head. She wore the same sandals as the other two.

“Welcome to Par Impar,” I said. “Had I known you were coming, I would have provided a better greeting party.”

Iustitia smiled and stepped forward. “None are better than you, Lady Tyche. We’re glad to be here. Our valets will bring our luggage. I don’t wish to be curt, but it was a long voyage.”